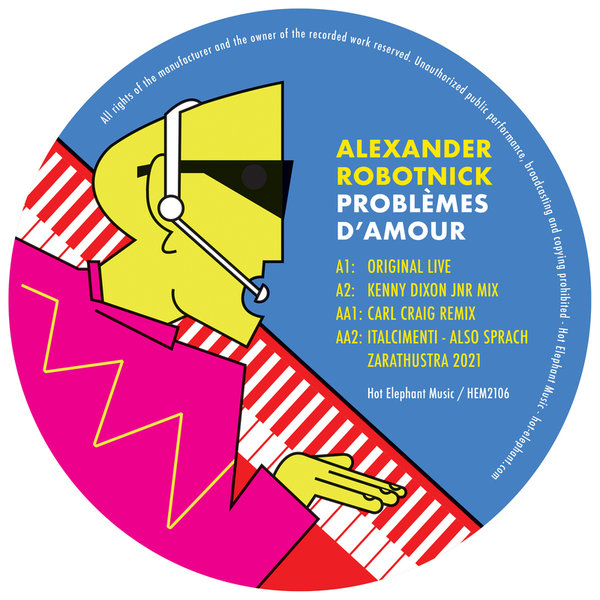 Special D release of this Italo Disco classic with a remix from Carl Craig, an edit from Kenny Dixon Jnr (aka Moodymann) and a new live version of the original from Robotnick himself !
Plus as a bonus track, Robotnick and production partner Ludus Pinksy as Italcimenti with a Disco cover of Strauss’s ‘Also Sprach Zarathustra’, the original of which was famously used in the film “2001: A Space Odyssey”