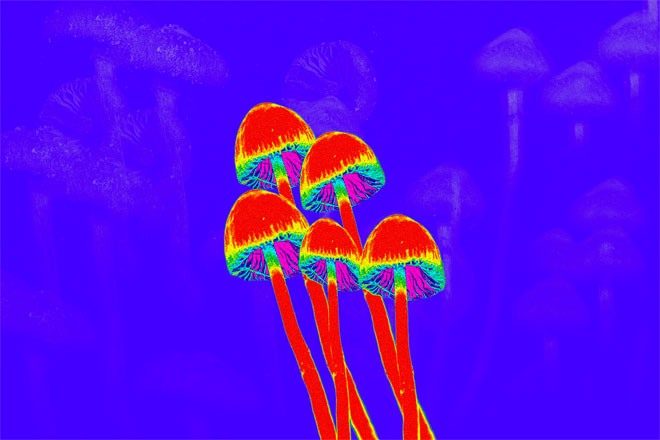 Magic mushrooms have been found in the blood of a man who injected himself with a homemade shroom tea.

The case of a 30-year-old known as ‘Mr X’ who ended up in an intensive care ward after administering the magic mushroom tea with a needle was reported by scientists from the Creighton University School of Medicine in Nebraska and published by the Journal of the Academy of Consultation-Liaison Psychiatry earlier this month.

The report reveals that the man was suffering from bipolar disorder and opioid dependence and had read about the therapeutic benefits of magic mushrooms and LSD online before self-medicating with the shroom tea. His family confirmed that he had previously stopped taking his prescribed medications and was “cycling between depressive and manic states.”

Read this next: The magic mushroom renaissance

The man boiled magic mushrooms into a tea and filtered it through a cotton swab before injecting it into his body. Over the course of several days the dose caused him to become lethargic and nauseated. His skin turned yellow and he suffered from diarrhea and vomiting blood.

He was taken to hospital by his family and was treated for multisystem organ failure over the course of 22 days, with eight days spent in an intensive care ward.

The doctors studying the case say that it “underscores the need for ongoing public education regarding the dangers attendant to the use of this, and other drugs, in ways other than they are prescribed.”

Psychedelic drugs such as LSD and magic mushrooms are taken orally when used in therapy.

When used recreationally, they can be eaten, dried and ground into powder or indeed be brewed into tea. Magic mushroom chocolate and psilocybin droplets are also popular ways of taking shrooms.

It is in no way recommended to inject magic mushroom tea.

The man has been released from hospital but is still on a course of antibiotic and antifungal drugs.