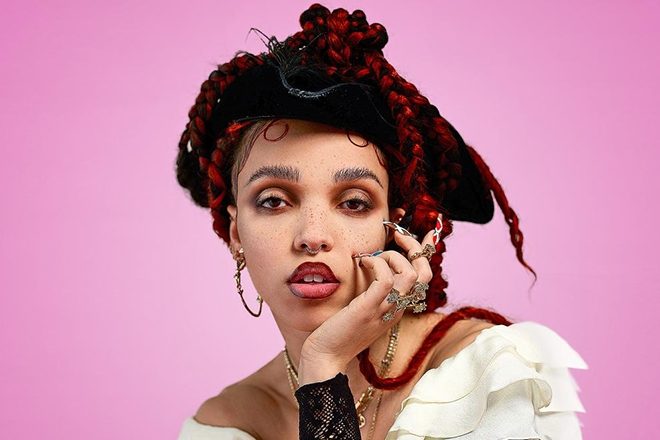 Content warning: this article includes accounts of domestic abuse and may be distressing for some readers. The UK’s 24-hour free-to-call National Domestic Abuse Helpline can be contacted by dialling 0808 2000 247

FKA twigs, who last month filed a lawsuit against her ex-boyfriend Shia LaBeouf accusing the actor of ‘relentless’ abuse over the course of their relationship, has spoken about her experiences on the Grounded with Louis Theroux podcast.

Speaking about the moment she knew she needed to get out of the relationship for her own safety and wellbeing, the artist, real name Tahliah Debrett Barnett, said: “After the incident driving back from the desert where he was threatening to crash the car unless I said I loved him, and ended up basically strangling me in public at a gas station and nobody did anything. That was a really low moment for me because I felt like I’d never be believed.

“I remember going back to where I was staying and calling an abused women’s helpline, and her reaction to me was so serious. She was like, ‘OK, from what you’ve said, it feels to me like you’re in an unsafe place. Does your abuser know where you are? Who have you told about this?’ It felt really like… somebody is taking this so seriously and wants to get me somewhere safe, and that was a really massive wake-up call. That was the time when I realised, ‘I need a lot of help to get out of this’.”

FKA twigs talks about the moment she decided to seek help for domestic abuse.

FKA twigs went to say that a week after that incident she started seeing a therapist twice weekly, and left the relationship permanently a few months later. “I had to spend a lot of time before I could leave, just trying to gather enough of myself together so that I knew when I left, I really wouldn’t go back,” she said.

When news of the lawsuit broke, twigs said one of her motivations for coming forward is to shed light on how even a critically acclaimed artist with money, a home, strong network of friends and supporters can be caught up in an abuse cycle.

“I’d like to be able to raise awareness on the tactics that abusers use to control you and take away your agency,” she said.

At the time Shia LaBeouf responded to the allegations in the New York Times, saying: “I’m not in any position to tell anyone how my behaviour made them feel. I have no excuses for my alcoholism or aggression, only rationalizations. I have been abusive to myself and everyone around me for years. I have a history of hurting the people closest to me. I’m ashamed of that history and am sorry to those I hurt. There is nothing else I can really say.” He later added in a follow-up email: “many of these allegations are not true”.

In her lawsuit, FKA twigs says she plans to donate a significant portion of any monetary damages she is awarded to domestic violence charities.