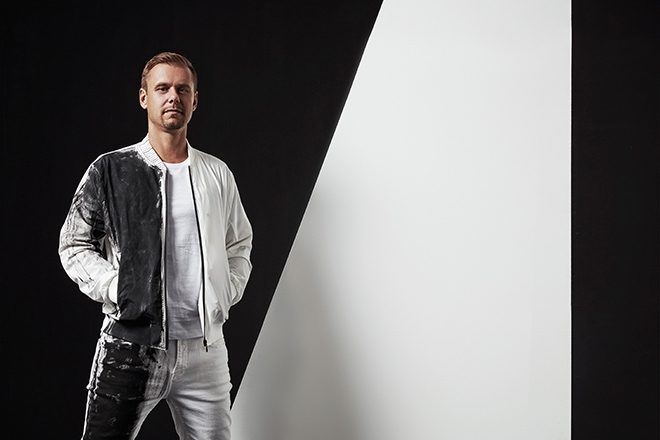 Armin van Buuren has published a playlist featuring the 1000 best trance songs ever made.

Read this next: The 10 best early 90s trance tracks

After that episode ended at 10pm CET on January 14, a nonstop stream counting down to his anticipated 1000th episode began. The stream was presented by Armin van Buuren and ASOT co-host Ruben de Ronde and monthly resident Ferry Corsten, featuring mixes, exclusive interviews and fan videos.

The 1000th episode then began at 5pm CET on January 21 live from the A State Of Trance radio studio in Amsterdam, which ran through the final 50 tracks in the Top 1000.

The list ranks the most popular tracks played on ASOT, as voted for by the show’s listener base. It features many classic producers such as Above & Beyond, Tiësto, Paul van Dyk, Gareth Emery, BT, ATB, deadmau5, Sasha and Armin van Buuren himself.

Read this next: The 15 best mid-90s trance tracks

Topping the list was Armin van Buuren and Susana’s collaboration ‘Shivers’, and Susanna joined him on the show to celebrate the moment.

The likes of Tiësto’s ‘Adagio For Strings’, Ferry Corsten and Gouryella’s ‘Anahera’ and GAIA’s ‘Tuvan’ featured among the top 10.

Read this next: The 18 best vocal trance tracks

Armin van Buuren made an official anthem to commemorate the occasion called ‘Turn The World Into A Dancefloor (ASOT 1000 Anthem)’.

The Dutch DJ also announced an ASOT 1000 celebration weekend due to start on September 3, kicking off with a show paying tribute to 20 years of A State Of Trance.

Listen to the ASOT Top 1000 Spotify playlist and watch the ‘Turn The World Into A Dancefloor (ASOT 1000 Anthem)’ video below.