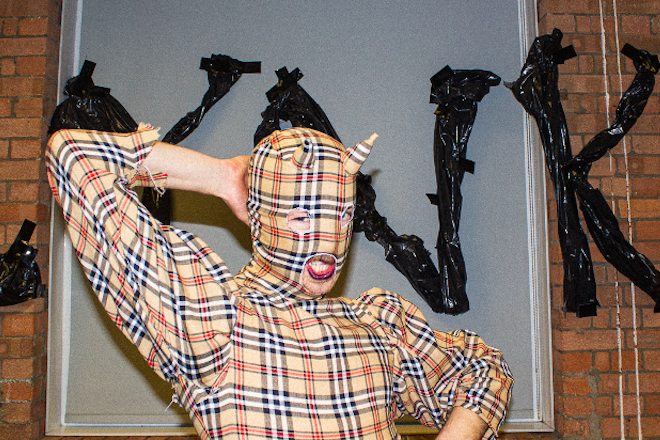 It’s taken from their forthcoming EP ‘Smash Hits Vol. 2’, which will be released on January 27.

The single is a classic LYNKS bundle of avant-pop, melding dancefloor-ready beats with 80s-esque synths and LYNKS’ sardonic lyrical delivery.

Read this next: Queer the dancefloor: how electronic music evolved by re-embracing its radical roots

Speaking on the inspiration for the single, LYNKS says, “I wrote it on the bus home after a night out where I got pretty violently rejected by a guy I wrongfully assumed was gay. That’s a very specific feeling that I think only queer people will fully understand.

Read this next: DJ Bus Replacement Service smashes all preconceptions of what a DJ should be

I looked around this room of young, hot, straight people and just felt so completely out of place. They were models, I was a librarian. They were classic Coke, I was diet Pepsi. They were hot, I was not. And bam – I sat on the top deck of the 185 bus and the song pretty much wrote itself.”

LYNKS has emerged over the past couple of years, having established themselves through regular performances at The Windmill. Their previous EP ‘Smash Hits Vol. 1’ was released in July last year, and throughout their ascent LYNKS has been hotly tipped by the likes of Jack Saunders and Elton John.

Watch the video for ‘Everyone’s Hot (And I’m Not)’ below.