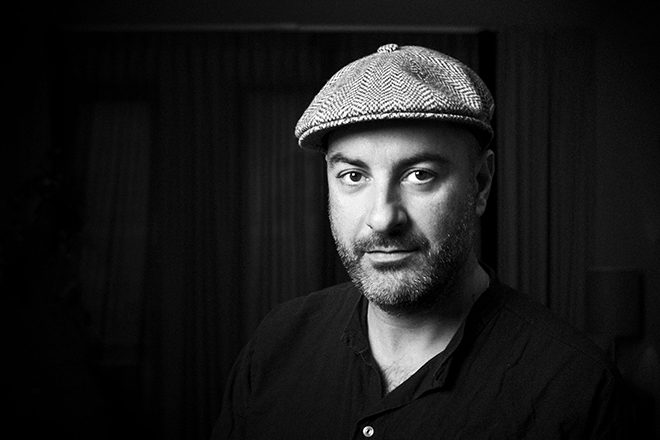 UK house music legend Phil Asher has died aged 50. According to friends of the DJ, he passed away in his sleep after suffering a heart attack.

A record collector and music aficionado, with a knowledge spanning soul, jazz and disco, Asher infused all of this understanding into his house music productions and DJ sets. He’s regarded as one of the finest DJs to emerge from the UK, playing a pivotal role in bridging the gap between 4/4 and broken beat and winning widespread admiration for his smooth mixing.

Asher played his first DJ set at seminal house venue Delirium in 1991,and went on to have a prolific career spanning many aliases and working in influential dance music institutions.

Alongside his birth name, he released music under monikers including Basic Soul, Demonstration. Phlash and E & E Sound, across labels such as Strictly 4 Groovers, Versatile Records, 4 Lux, Restless Soul, Houseology and Rekids. He also curated a number of influential compilations on Slip ‘n’ Slide, including becoming part of the ‘Jazz in the House’ series.

Asher co-founded West London’s Co-Op club in 2000 alongside Dego, Demus, G-Force and IG Culture, which became a hub for the the broken beat sound and was featured as one of Mixmag‘s 25 parties that changed dance music forever in 2015. He also worked in the English capital’s Quaff & Vinyl Solution records shops, and hosted the radio program R Solution with Kirk DeGiorgio and 4hero’s Dego and Mark Mac on Kiss FM.

Speaking about the broken beat scene with Data Transmission in 2017, he said: “All I can say is I was lucky enough to be involved in a scene that was so creative and talented, it blew my mind. Some of the singers and musicians and producers from that era are visionaries. I truly believe that. Few snapshots are Co-op at the Velvet Rooms, passing by IG’s or Bugz studio and hearing new tunes in progress. Travelling the world spreading the vibe was priceless. The corner of Plastic People waiting to go on at Co-Op was always exciting.”

Speaking to Ransom Note about his desire to “only make music that makes the hairs on the back of my neck stand up” in 2015, he said: “Quality over quantity definitely. I’d rather take time, release some music that will be enjoyed for its merit rather than what it is. Good vibrations are more important to me than good chart positions and here-say. It’s not an arrogant vibe, it’s just as you get older your priorities change, now I strive for different goals. I have had a charmed career musically, considering I can’t actually play any instruments properly. I am super grateful and want to give something back.”

Tributes to Asher have been pouring in on social media from across the dance music world, read a selection below.

Rest easy King. Awful news to hear of the passing of Phil Asher. An absolute legend and a gentleman. A humble soul whose music helped shape the world and inspired so many. Myself included. Thoughts are with his family and friends. He lives on through his music and influence. pic.twitter.com/8Juj1HTE2E

Heartbreaking to hear about the death of @philasher. Genuinely one the most talented and nicest people I have met in the music business, sending my condolences out to his close friends and family 💔

So sad to hear of Phil Asher’s passing. RIP my friend. X

Rest in peace my dear friend Phil Asher.. When I was coming up you always had time for me and you was a lovely kind guy..
My thoughts are with your family and friend’s right now . I’m absolutely gutted 💔 pic.twitter.com/W7iwHqrK3v

#PhilAsher He’s responsible for so much great music. This is the first that came to mind. B-Boys (Breaks Mix) https://t.co/fJlRij5Ac7 Love to his family and close friends. In death there is eternal life. x

Wow rip phil asher.
I caught many a vybz listenin2 restless soul wen i ws freein up myself frm grime.

I refuse to believe this…not this man!!

Phlash….I am lost for words! Honestly I will always be thankful for how your soul touched so many of us.