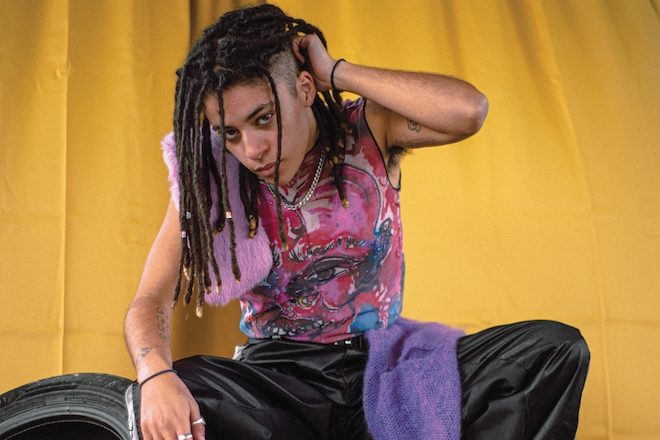 The accompanying music video sees Grove playing with their gender fluidity, now dressed hyper-femme, now seen with pink stubble drawn onto their face. It’s also a heavy critique of the patriarchy and gender norms within relationships, embodied by a person with a paper bag over their head.

Read this next: Why you should be excited about Bristol’s music scene

Grove has also announced their latest EP ‘QUEER + BLACK’, an exploration of personal and political identity that’s set to be released on February 23 via Memorials of Distinction/Spinny Nights.

Speaking on ‘Ur Boyfriend’s Wack’, Grove has said in the single’s press release that the track is “part satire about wack boyfriends who do The Bare Minimum, part informed by the experience of rejecting my own sexuality when younger. It is a steezy reclaiming of pride in that queerness, and departing the space where shame was part and parcel of my lived experience.”

Read this next: 20 of Bristol’s best techno tracks

Grove began releasing music in 2020, and their track ‘Sticky’ received support at BBC Radio 1 and was named Jack Saunders’ track of the week. They have previously created a guest mix for object blue, and have played live shows at venues like Dalston Superstore.

Watch the video for ‘Ur Boyfriend’s Wack’ and check out the full tracklist for ‘QUEER + BLACK’ below.