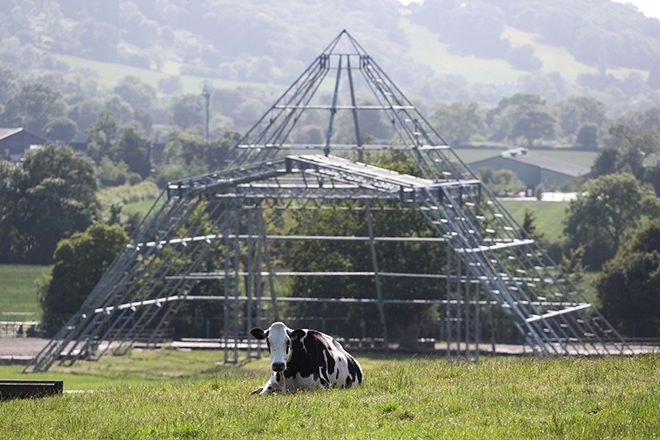 Glastonbury has announced its planned 2021 edition has been cancelled due to the ongoing coronavirus pandemic.

This year’s event was due to mark the 50th anniversary of the festival, which was originally planned to take place in 2020. It was similarly cancelled last year during the early stages of the spread of COVID-19 in the UK in March, and forced into taking a fallow year.

Last week Emily Eavis said there was “no news this end yet” after Spice Girls member Mel C said the festival was cancelled on BBC Radio 5 Live, telling presenter Nihal Arthanayake: “I know that Glastonbury’s been cancelled, so a lot of big stage performances are on hold again this year, which is sad but we’ve got to get this virus under control.”

Now it has been confirmed that Glastonbury will not take place for a second year running.

In a statement, organiser Michael and Emily Eavis said: “With great regret, we must announce that this year’s Glastonbury Festival will not take place, and that this will be another enforced fallow year for us.

“In spite of our efforts to move Heaven & Earth, it has become clear that we simply will not be able to make the Festival happen this year. We are so sorry to let you all down.

“As with last year, we would like to offer all those who secured a ticket in October 2019 the opportunity to roll their £50 deposit over to next year, and guarantee the chance to buy a ticket for Glastonbury 2022. We are very appreciative of the faith and trust placed in us by those of you with deposits, and we are very confident we can deliver something really special for us all in 2022!

“We thank you for your incredible continued support and let’s look forward to better times ahead.”

Festival founder Michael Eavis had previously warned the festival may not return until 2022 last August, saying at the time that a 2021 edition was “wishful thinking”.

Earlier in June 2020 Eavis had caused concern saying the festival feared bankruptcy if no 2021 event could take place. He said: “We have to run next year, otherwise we would seriously go bankrupt … It has to happen for us, we have to carry on. Otherwise it will be curtains. I don’t think we could wait another year.”

He played down this comment later in August, saying: “I do not worry at all. I am so confident that it will survive. The only certainty I think is the year after, 2022, to be perfectly candid. So we might have to wait for two years maybe.”

Head to glastonburyfestivals.co.uk for further details and here for FAQs.