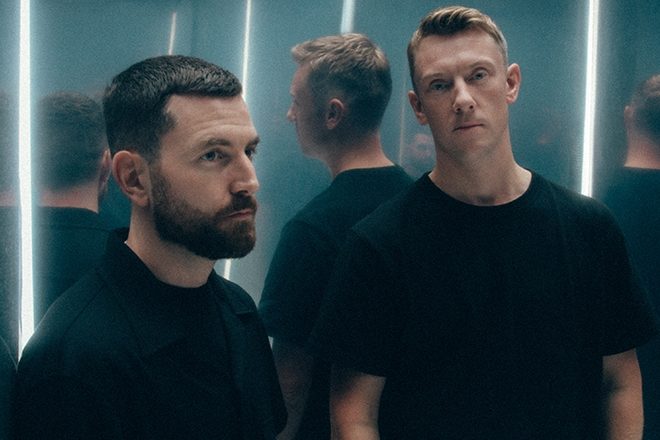 Bicep have criticised DJs who are taking bookings during the pandemic in a new interview with Sean Griffiths for The Independent.

The Belfast-hailing duo, comprising Matt McBriar and Andy Ferguson, said that well-off DJs playing the parties that have become dubbed ‘plague raves’ are “absolutely disgusting” and that their actions “paints the whole industry in a bad light”.

McBriar said: “Seeing these established DJs who have money playing big raves during a pandemic is just absolutely disgusting,.

“It’s drawn a line between the artists who think like businessmen and strategise on how to extract as much money as possible from everything, and the people who are driven by creativity.”

Ferguson added: “They don’t need to do this. Take a year off, write an album. So many people lower down in dance music are struggling and this paints the whole industry in a bad light. It’s just that their egos need constant massaging.”

Recently, DJs and thousands of tourists flocking to Tulum to party has sparked a surge in coronavirus cases, with most parties implementing no social distancing or health and safety measures.

Social media accounts such as Business Teshno have documented DJs playing parties out there, which has included Marco Carola, Solomun, Maceo Plex and Blond:ish.

High profile DJ have also regularly been playing parties across Europe, North Africa and the Middle East, including in Egypt, Italy, France, Lebanon and the UK.

DJs and promoters involved in legal parties in countries where COVID infection rates are high are facing scrutiny and criticism, as the virus continues to kill people living in poverty and people of colour at disproportionately high levels compared to well-off people and white people in the US and Europe.

In an interview with Mixmag, Carl Cox said: “It’s irresponsible to be out there at the moment based on how everyone is trying to do the right thing to get past this. Having a party in a pandemic, it doesn’t make any sense whatsoever. People are still suffering from this and we aren’t out of yet.”

Last August on Facebook, Dave Clarke said “this is only about their ego and their fee”, adding in an interview with Mixmag later that year that “the DJ scene is linked by money not ethics”.

In their Independent interview, Bicep also criticised the UK government for its handling of supporting nightlife through the pandemic and the reported refusal an of offer of visa-free travel for musicians from the EU.

Read this next: UK ministers reject calls for visa-free EU tours for musicians

McBriar said: “It’s shocking how blatant their disregard is. The amount of money the music industry brings in, you’d think they’d at least care about that! If they gave a roadmap back, it would be enough for people to not just abandon their careers without hope. They’re just completely spineless.”

They also spoke about their upcoming album ‘Isles’ which is out tomorrow, January 22, revealing they hired out an empty Corsica Studios to test out the tracks on a big system this year in lieu of playing gigs.