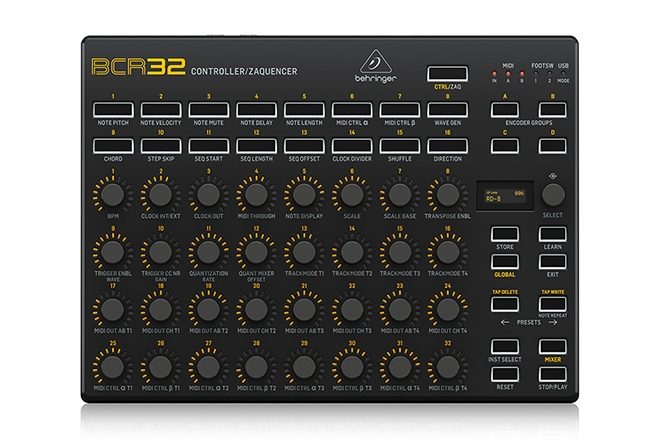 Behringer has shared details of the BCR32 sequncer.

An updated version of the BCR2000 MIDI controller, the BCR32 is a 32-step, four-track polyphonic Zaquencer sequencer. It comes with four virtual groups and eight dual-mode encoders with push function, as well as 20 programmable buttons and 32 multi-purpose encoders for custom assignment of parameters.

The forthcoming machine – which doesn’t have a release date just yet – is also compatible with an iPad via a USB Camera Adapter.

Read this next: The 10 best music machines released in 2019

Behringer first shared the news of the sequencer on Facebook, saying the product is not finalised and will take on customer feedback for the next development stage. However, it did say it expects to retail the BCR32 at $149.