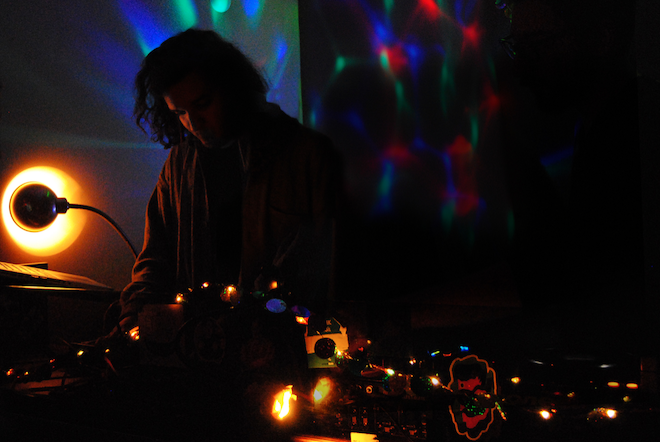 Istanbul-based artist Badmixday has signed to Dome of Doom to release his upcoming sophomore album ‘Goya’.

‘Goya’ will be released on January 29 via a limited edition cassette release, as well as a wider digital release.

To accompany the announcement, he has released the lead album single ‘Easy The Kid Not Anymore’, a track that feels pulled in tightly across a range of elements. It has the only feature across Badmixday’s new album, with close friend, Turkish musician Rijekä sharing songwriting and performance duties.

Read this next: Kafes is the club keeping the rave flame alive in Istanbul

‘Goya’ as an album partly relates Badmixday’s experience of Sufism and being guided through it by his grandfather. The album title came about in a particularly serendipitous way. “I learned the name ‘Goya’ from a linguist I follow on social media”, Badmixday has commented. “It means: transporting suspension of disbelief that happens when a story is so realistic that it temporarily becomes reality. Goya tells my stories in every sense. This is actually in the names I associate with songs. They are all stories with Goya.”

Listen to ‘Easy The Kid Not Anymore’ below, and preorder the album here.