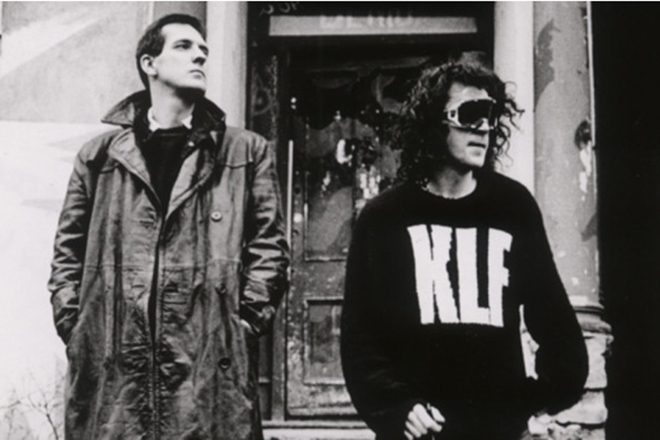 A new film called Welcome to the Dark Ages about the anarchic electronic duo the KLF, who famously deleted their entire back catalogue and burned a million pounds of British currency in 1994, is out now.

The film follows the duo, comprising Bill Drummond & Jimmy Cauty, in their attempts to build a giant pyramid from the cremated remains of dead people.

Read this next: A history of rave in dance music documentaries

The project is called the People’s Pyramid, and will be constructed of 34,592 bricks, each containing the remains of a dead person made by a process called MuMufication.

A press release notes: “They’ve set a deadline of 2023 to find a permanent venue for the 23-foot-high pyramid, which will contain 34,952 bricks and could take over 200 years to complete.”

So far 3,000 people have signed up for Mumufication. To find out more about that visit mumufication.com.

The full film can be purchased to rent or buy here. Watch the trailer below.

The KLF’s music, which has evidently been undeleted, has also been made available on streaming platforms for the first time. A compilation titled ‘Solid State Logik 1’ featuring classic tracks released between 1998 to 1991 can be listened to now.

Read this next: 6 of the best dance music documentaries to watch on Netflix

A statement on YouTube Music indicates more releases are set to follow, noting KLF work has been “appropriated … in order to tell a story in five chapters using the medium of streaming”, with five ‘chapter’ titles referenced, including ‘Solid State Logik (Parts 1 &2)’.