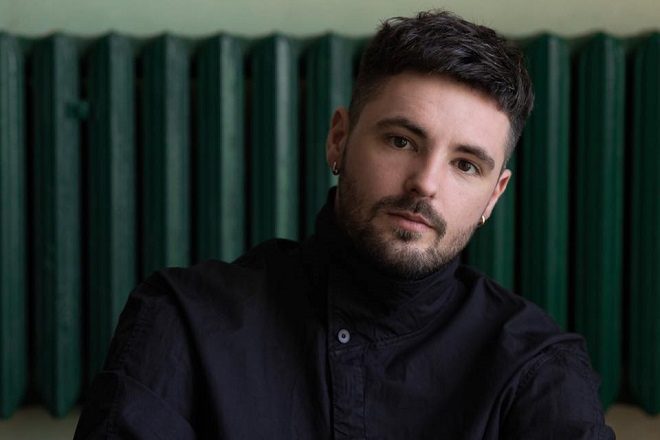 Blawan got stuck in Kyiv after flying there to play a New Year’s party, the day before the free movement of people, good and services between the UK and EU officially ended on January 1.

While Ukraine is not in the EU, the Berlin-based British DJ said that when he attempted to leave the capital, Polish airline LOT refused to give him access to a plane that was transiting in Poland (an EU member state) due to “Brexit”, despite allowing him to purchase a ticket for the plane moments earlier.

The Karenn member took to Instagram stories to angrily complain about the incident, writing: “I have been illegally refused to travel because LOT Airways believe cause of Brexit I cannot transit in Poland.”

He added: “Your staff were rude. I bought a new ticket you saw my UK passport you took my money then immediately refused to give me a boarding pass because of “Brexit” ……disgusting. I have legal right to travel freely in Europe until June 2021 clearly you under train your staff.” 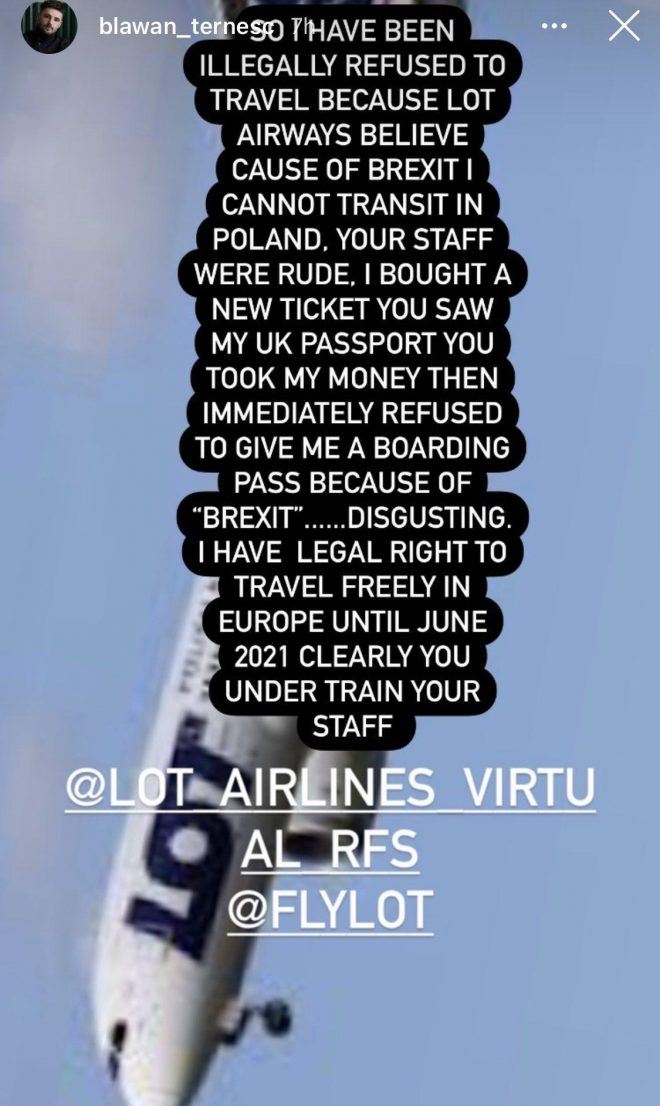 UK nationals are still allowed to travel visa-free to Schengen area countries for up to 90 days in any 180-day period as tourists, although some new restrictions apply. As it stands there is no agreement for touring musicians to travel visa-free, with a petition calling for this gaining traction and under consideration for a parliamentary debate.

After making his initial post, Blawan began receiving backlash for flying out to play the party in the midst of the global pandemic. Ukraine recorded 10,117 new coronavirus cases on New Year’s Eve and has recorded a total of 19,712 deaths across the length of the pandemic so far.

In a follow-up post, Blawan angrily hit out at the backlash, writing: “To people sending me MSG’s that I’m a disgrace and disgusting for playing a show. Just so I don’t have [to] give you the venom back. I will not apologize. I’m not sorry. The party was absolutely fucking fire. You know nothing of my circumstances so keep it to yourself.” 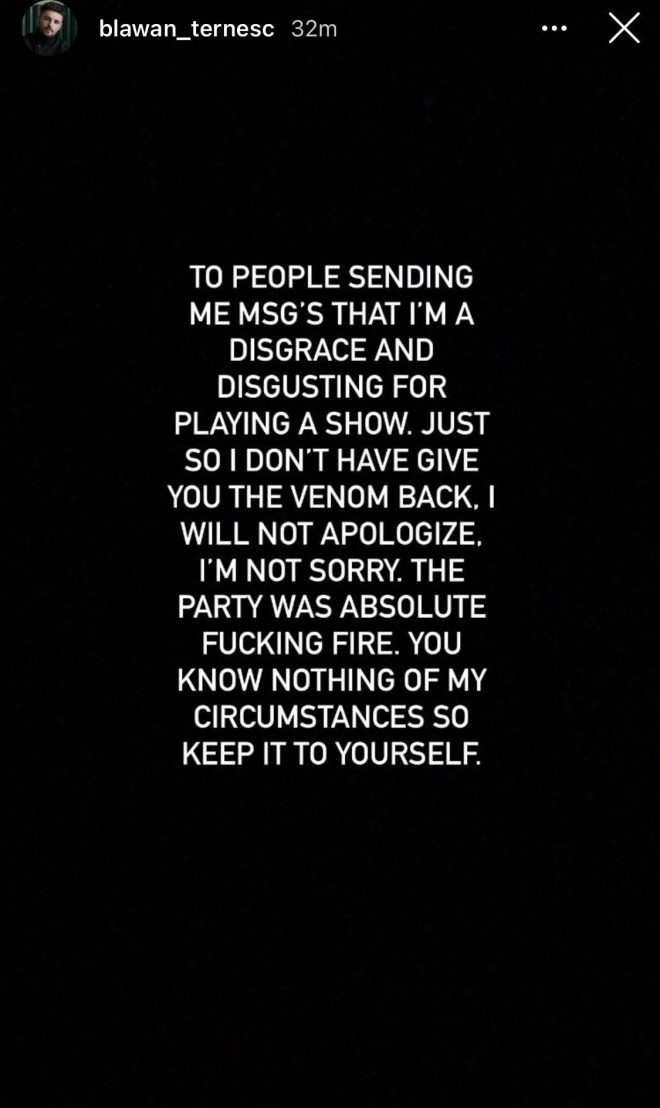 He later backed down and said: “I’m sorry if I annoyed some people, but you know I also have a right to be annoyed too sometimes.” He also noted it was a “a legal party” with “permissions and safety protocols”.

It is currently legal for music events for up to 50 people to take place in Ukraine, provided there is 1 person per five square metres and visitors maintain a distance of 1.5 metres.

Read this next: Carl Cox: “It’s irresponsible to be partying during the pandemic”

The party Blawan played was held at Kyiv’s ∄ club, and featured a number of other artists based outside of Ukraine on the line-up.

The event description stated: “In order to provide safety to all our guests, artists and team, we will use the following measures: the number of visitors will be limited to 1 person per 5m2, all spaces will be equipped with powerful ventilation systems, everyone must wear masks during the event. A person who violates our rules will have to leave the club. Face masks will be provided, keep it for the next event. Temperature screening at the entrance. Hand disinfection is provided throughout the space. We strongly ask you to wear your mask while staying in line for the entrance. Without it our efforts to protect your health will fail.”

A recent Mixmag feature by Marcus Barnes examined the moral dilemma of partying through the pandemic, read it here.