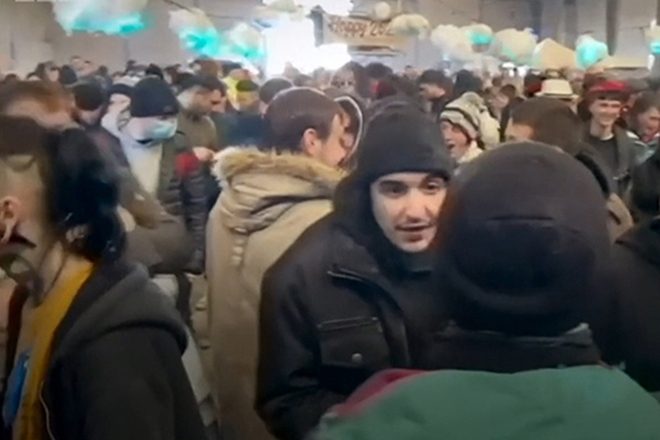 An illegal rave in France that started on New Year’s Eve was shut down by police, leading to arrests and clashes.

A statement from local authorities said police faced “fierce hostility from many partygoers”. At least three officers were injured while attempting to shut down the party after attendees threw objects at them. A car was also set fire to.

More than 2,5000 people attended the warehouse rave in Lieuron, near Rennes in the region of Brittany. Police said a number of them were from the UK and Spain.

According to the local prefecture, some partygoers had planned to keep going until Tuesday, but by around 5:30AM local time on Saturday, January 2, ravers began to disperse and accept the party was over.

On Friday a sanitary cordon was set up around the site, and anyone leaving was told to self-isolate for seven days. All vehicle exits were blocked while the police attempted to shut down the party.

French TV station BFM TV reports that a driver with turntables, speakers and a generator in the boot of a vehicle was apprehended by police.

Read this next: The police are losing the war against London’s illegal rave scene

Police were identifying the organisers while closing down the event, and France’s Interior Minister Gérald Darmanin said on Twitter that an investigation has been opened.

Five arrests were made, and more than 1,200 fines were issued for failing to comply with France’s national curfew, not wearing a mask, and partaking in the illegal gathering.