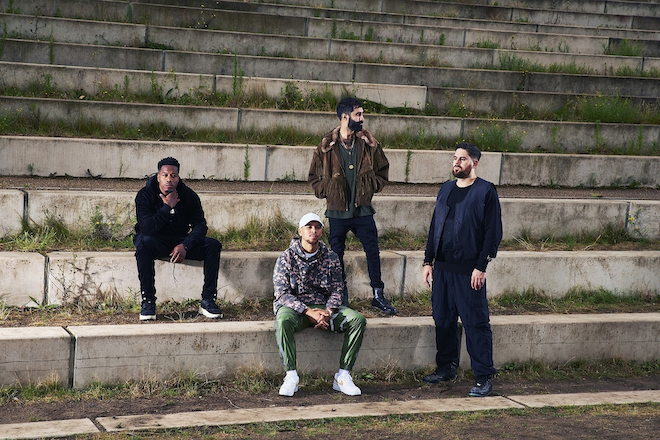 Rudimental this week released a new single ‘Be The One’ featuring MORGAN, Digga D and Tike on their own imprint Major Toms.

‘Be The One’ is a soulful, upbeat UKG cut that harks back to Rudimental’s roots, drawing on London musical subcultures. Digga D contributes a a tricksy verse, complementing MORGAN and Tike’s autotuned vocals.

MORGAN is a new Major Toms signing, and has recently released her debut EP ‘Alien’.

Read this next: “We own the ball now”: how UK producers set a new standard for drill

Rudimental have recently contributed production to Nine’s UK number one album ‘Crabs In A Bucket’, as well as recently putting out ‘Come Over featuring Anne-Marie and Tion Wayne, which made the UK top thirty single charts.

Listen to ‘Be The One’ below.