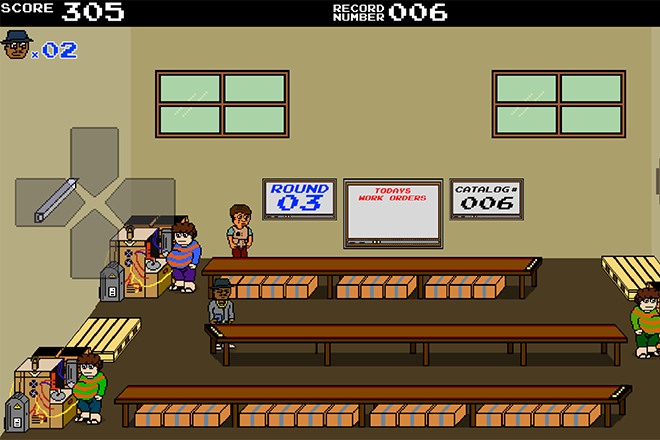 The single-player online and mobile is scored by the Detroit house don. The soundtrack is out today on vinyl via Bandcamp.

Gameplay is inspired by 1980s 8-bit game Tapper, but instead of serving root beer, players are tasked with packing and shipping records inside an expanded FXHE warehouse.

Read this next: Omar-S: “Move to Detroit. You can do what the fuck you want do”

The game marks the pop-up Omar S: Conant Gardens Party Store that is open in Detroit until the end of this weekend.